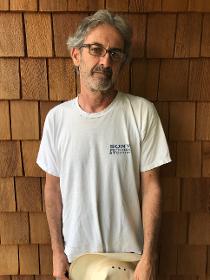 "Even If The Sun Don't Shine"

Even If The Sun Don't Shine - Radio One Sheet

Jeff Rymes’ former quartet The Lonesome Strangers originated in “the roots music explosion that took place in Southern California during the ‘80s” and have been described by AllMusic as “one of California's most influential bands.” Now, 20 years since the Strangers’ last release, Rymes has returned to serious musical pursuits with his solo debut, Even If The Sun Don’t Shine, picking up where he left off with a collection of songs from the highways and byways of life's road trip.

“It was a thrill to be back in Southern California making music. I felt like I was doing something new and reconnecting with the past at the same time,” says Rymes, who was encouraged by longtime friend and producer Taras Prodaniuk (Dwight Yoakam, Lucinda Williams) to record Even If The Sun Don’t Shine at SlideAway Studio in Shadow Hills. The 11 songs were cut in a decidedly “old school” manner on 2-inch analog tape and feature several contemporaries from Rymes’ Strangers days. A combination of camaraderie and creativity sparks the entire album, as Rymes’ reunion with recording plays more like a welcome home party, with the shared excitement of old friends getting back to the heart of American roots through a mix of compelling styles.

The skipping beat and lighthearted “teenage ‘50s chord progression” on “Day of Reckoning” might just be the most upbeat take on end times judgment, with lyrics describing the futility of selfishness. Aubrey Richmond (Shooter Jennings) on fiddle and Skip Edwards (Dwight Yoakam, Dave Alvin, Rosie Flores) on piano highlight this sock hop styled sermon. Rock n’ soul groover “Do You Know” and the very SoCal “Visit From an Angel” feature extensive guitar work from Doug Pettibone (Shelby Lynne & Alison Moorer, Lucinda Williams) and showcase the definitive tones of the region - twang and surf.

Like many songs on the album, the title track on Even If The Sun Don’t Shine was inspired by Rymes' time spent living in Georgia and the rainy summer weather. “Broken Down” was written back East, but Rymes says the song "jumped out after seeing Merle Haggard perform,” prompting “that California country vibe.”

Rymes has recently relocated from Philadelphia to Portland, Oregon, recorded a lo-fi “companion CD” to Even If The Sun Don’t Shine, and has begun performing across the Pacific Northwest, both as a solo act and backed by various musicians, generally referred to as The Invisible Plastic Nashville Band.

"He’s a trip musically. He can sail effortlessly from a bluesy, southern rhythm and blues to a male version of Billie Holliday to a hot rod rocker of a tune. He hasn’t gotten sufficient attention in a contemporary scene rich in music and musicians. But, believe me, he’s worth the journey."

"On his new album, Jeff Rymes exhibits all the traits of the master songwriter. An old hand at this, Rymes wisely never rushes things, but rather exercises the patience to let the rhyme take its time and the wisdom and artistry to drop lines like 'So let the dark clouds have their say / It don't matter anyway' on 'Even if the Sun Don't Shine'. Like Jesse Winchester or Jimmy LaFave? Then grab Jeff Rymes' latest, mix yourself a tall one, and let the old Lonesome Stranger take you to places you know but may have forgotten about."